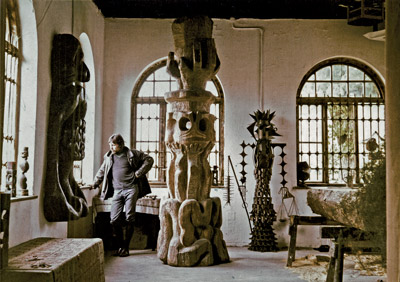 The artist created the wooden sculpture Life (1971–1972) at a time when he was giving intense consideration to the fate of man, his linkage with nature, and his task in history. He incorporated his philosophy into the work of art. In the photograph of his German studio from the start of the 1970s, we can see (from left to right) his sculptures Atom and People (1971–1972), Thaya – Fate of the Tree (1968), Iron Woman etc. – Justice and its Forms (1972) and a tree trunk intended for the sculpture Life. 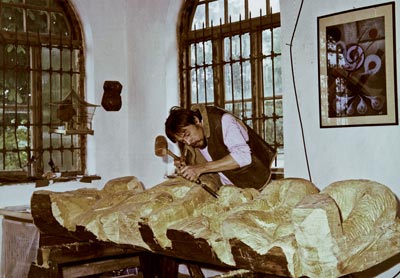 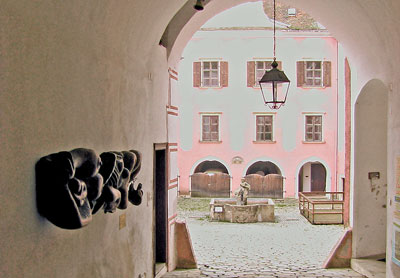 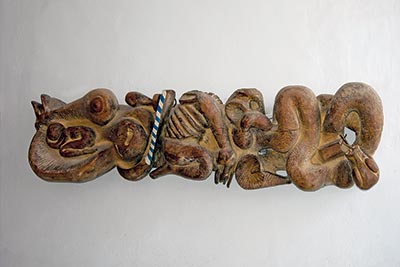 The members of traditional pre-literary societies listened to nature and human naturalness. Modern technological, exponential progress has resulted in western culture and civilisation starting to ignore the knowledge that natural peoples had gained. Natural societies were governed by myths, religion and traditions considered primitive and unnecessary by modern society. The developed world must rediscover traditional values that restore the balance between the external and internal world. The preservation of abundance and diversity is important for a full life. This message is reflected in the wooden sculpture Life, which mirrors the beauty of biodiversity in the sense of the variety and the number of plant and animal species. People are responsible for the form of the world and the course of an individual life. But they are also forced to respect the principle of the inevitability and the fact that life is fated to an eternal cycle of birth and demise.